IT in Business - The New Mantra for the CIO

The Role of DCIM in a Lean, Clean and Mean Data C

Technologies Taking Industries to the Next level o

RPA would go Miles before it reaches its Plateau 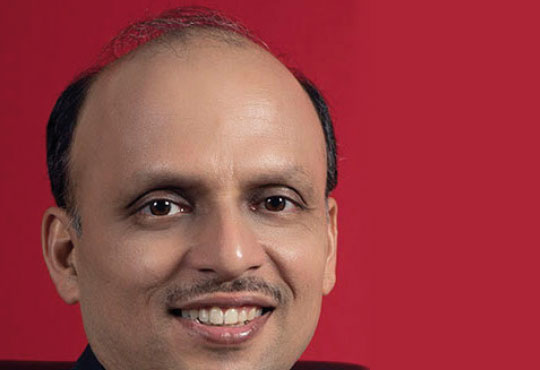 Technology spectrum is changing rapidly – as it has been always, the pace is greater and opportunity of creating value and disruption is all time higher. Businesses always have their pressure to do more with available resources and in this light Robotic Process Automation RPA provides an unique value proposition – which earlier year’s technology progresses were not able to. RPA in fact goes beyond the simple automation of repetitive tasks; it goes to into areas which earlier remain outside of technology disruption. Areas like cognitive computing, natural language processing, speech recognition and various applications of it … and many more such superb technologies. The nice part of these technologies are, most of these top end techniques connects/integrates with legacy systems with much less effort, more importantly such integration when done in agile method – it adds a new chapter to organization’s digital journey.

The pace in which these technologies are growing is amazing; it’s kind of doubling revenue in last one year and this pace it is surely on its trajectory to become another industry disrupter.

2. SCOPE of Robotic Process Automation (RPA) in IT industries

Considering the huge pent-up requirement of automation of semi-automated tasks and automation of currently completely manual areas – RPA would go miles before it reaches its plateau.

There could be three core areas where RPA and its associated technologies would play pivotal role:

Various extension of RPA would definitely create new avenues for decisioning systems based on structured logic as well as unstructured logic and content. Apart from this unique proposition, RPA would also add huge value to each industry through these type of systems. Each of the these system would come with a huge promise of taking care of automation of judgmental decision making – which is currently primarily done by human resource with specific expertise / experience. While it is not yet sure if all types of human decision making can be put through such systems – but it is pushing its boundary very regularly and expanding its impacting areas.

Most of the enterprise would have their core systems implemented, and probably it is not practical to upgrade each time an upgrade is available – may be resulting a few logical gaps between its satellite system or its downstream systems. These gaps normally taken cared by backoffice operation / manual intervention. RPA is going to tactically disrupt these areas and provide enterprise a huge scope of enhancement in productivity and efficiency.

Industry will surely experience newer and smarter engagement model for its customer, partners and regulator. These newer engagement models would also redefine product perception, product awareness while ensuring product placement at a completely new dimension. This is more so where the product is a service and not a physical product.

3. RPA is emerging as a disrupting technology with capabilities of providing benefits such as enhanced accuracy, compliance, cost saving and scalability. What's your view point on this?

With RPA emerging as a tech solution capable of delivering multiple benefits including cost savings, enhanced accuracy, scalability, increased compliance, seamless collaboration in human-digital interactions, CIOs can now devote more time to reinventing their role as strategic decision-makers in the ever-changing technology landscape. However, there is an underlying apprehension that back-office jobs will vanish under the onslaught of robotics and automation.

More logical views could be that it would be progressively unstoppable growth of RPA within various enterprise and MSMEs due to its promise to disrupt existing correlation between scalability, cost and compliance. It is seen that to generate high scaling production through regular method, compliance, cost and risk will take a biting. RPA challenges this fact and provides scale with better compliance, better cost and reduced risk (error rate and deviation should be far and few).

Most interesting outcome could be enhancement of working profile of bulk number of backoffice human resources, who are over qualified but trapped into doing same monotonous repetitive tasks months after months, years after year. With RPA those monotonously manual or semiautomatic tasks can very well be put up to a software and the currently engaged team can now focus on much valued tasks within the same organization.

Broadly there are far reaching positivity around RPA and it has bright tactical benefits.

4. The RPA software, is being a new technology, is neither expensive nor complex as compared with other technologies. Explain.

The RPA software, despite being a new technology, is neither expensive nor complex as compared with other technologies at its interface level. Primarily user’s comprehensiveness of business process is the exact reasons that they feel concept of RPA is unchallenging. RPA helps to produce the results almost same approach as a human would approach to do a logical task. The fact remains is underlying complexity of advanced RPA techniques are highly complicated and often based on evolved mathematical models. Broadly these tools are also much economical and development cycle is much lesser than a typical waterfall model. Most of the RPA development can be aligned with agile development method – which structurally makes it easy for all stakeholder to understand and appreciate.

5. The implementation of RPA software by both small and medium enterprises is increasing rapidly. How it's effecting the human resources?

Let’s take example of AirBnB, which is worldwide accommodation leader without having a single physical asset across any country. this is a classic case of how a technical algorithm changed the way traditional business has been happening. AirBnB has not caused large scale layoffs in hotel/ services industry however there are numerous number of small localized group of establishments who found interesting business models aligned with Airbnb partners, clients to maintain, enhance experience.

By incorporating robotic automation into the workplace, not only new type of jobs will get created, it might also become far more value creating for the enterprise, more satisfying and fulfillment for the employee. With robots taking on the monotonous and time consuming jobs, human resources can focus on more creative, strategic, and customer-facing roles. All this will ultimately change the way the human resource workforce will be looked upon, with keeping their productivity and job-satisfaction to a higher level.

Hit Reset with Technology as the Trusted Advisor

ERP Implementation: The Pitfalls to Avoid